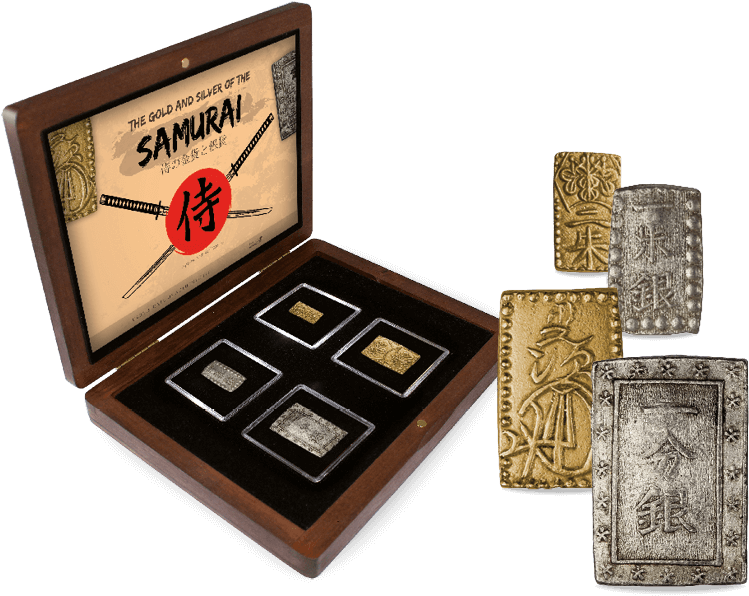 In 1854, the Japanese kingdom opened up after almost 200 years of self-imposed isolation. The established tradition of the Shoguns (“Generals“) and Samurai (“Warriors”) was abolished in the “Meiji Restoration”. The country was converted into a modern state, in accordance with the Western model, in the course of this restoration. The Samurai objected to this innovation, but in 1877, after a hard battle, ultimately had to bend to the new era. This collection includes four real coins (the so called bar money) from the time of this upheaval: two gold and two silver bars with Shu and/or Bu denominations. 4 Shu were worth 1 Bu. In 1870, the currency system was finally converted, and the ten decimal system was introduced.