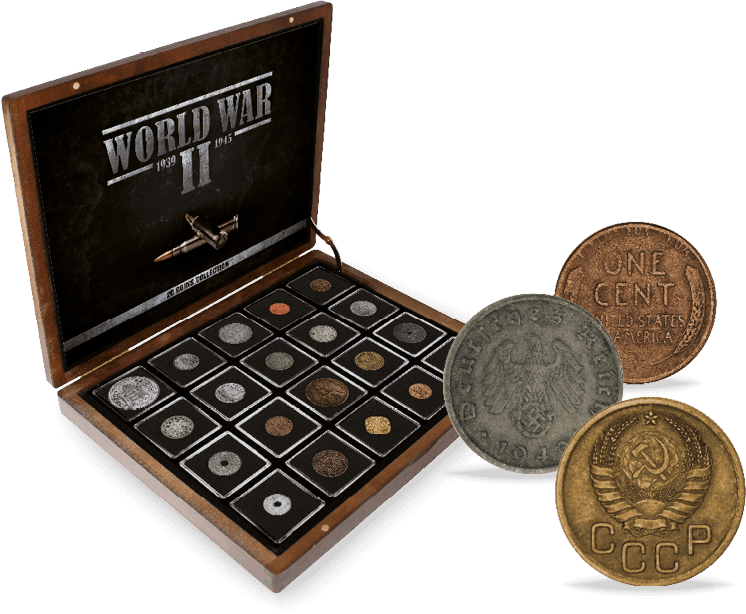 20 coins to commemorate the scourge of the 20th Century

This special collection commemorates the most drastic event of the 20th Century. The Second World War began in Europe, on 1 September 1939, with the attack on Poland. At this point, the war in Asia had already been raging since 7 July 1937. After 6 long years of war, the weapons went silent all over Europe on 8 May 1945. In Asia, the conflict lasted until Japan surrendered on 2 September 1945. In this collection, there are 20 selected coins, which were issued in the years of the Second World War. It encompasses coins from Hungary, Croatia, Italy, Germany, Japan, Bohemia and Moravia, Serbia, Vichy France, Manchukuo and Slovakia. This extraordinary collection is completed by coins from the United Kingdom, France, the USSR, Belgium, French Indochina, Tunisia, British India, Dutch India, the Netherlands and the United States of America.