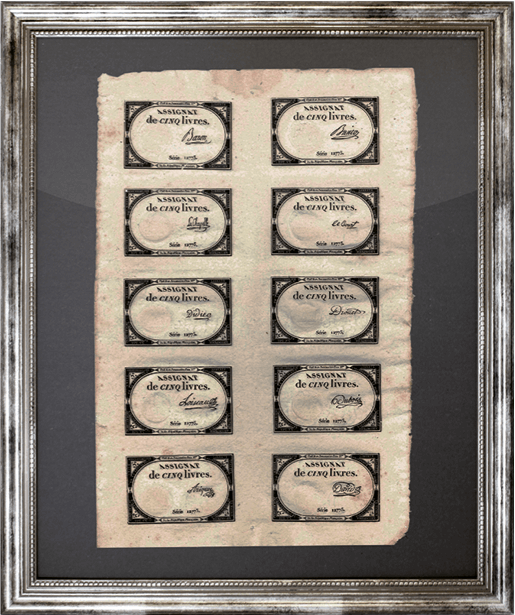 The Money of the French Revolution

The French assignats (instructions) were government bonds, which were spent in the course of the French Revolution in 1793. The assignats helped to revive the French economy, and were quickly also used as a regular payment method. The historically valuable and very decorative 5 Pound printed sheet, shows 10 different signatures. Around 100 officials were responsible for the safety of the printed assignats. The sentences “LA NATION RÉCOMPENSE LE DÉNONCIATEUR” (“The nation rewards the denunciator”) and “LA LOI PUNIT DE MORT LE CONTREFACTEUR” (“The law punishes counterfeiters with death”) were printed on the assignats, in order to warn off potential banknote counterfeiters. In 1797, the assignats were taken out of circulation, and the first decimal currency in Europe was introduced, in the form of the Franc.