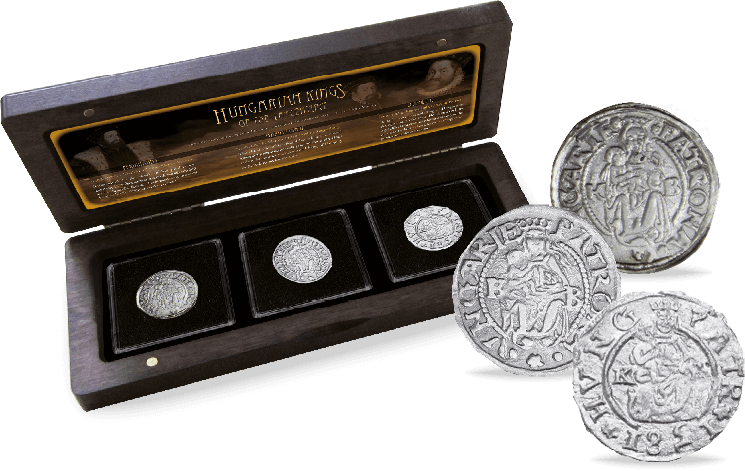 The historical collection documents a time of awakening. The Middle Ages have come to an end, and the Renaissance promises discoveries, progress and master pieces in art and culture. At this time, the Kings of the Habsburg dynasty reigned in Hungary. In personal union, they were also the emperors of the Holy Roman Empire of the German nation, and so saw themselves as legitimate successors of the Roman Emperors. Their coins are a testament to their power. The Hungarian Kings not only had their coats of arms and their names embossed on the silver coins, but the year of issue was also immortalized here. The image of the virgin Mary, the patron saint of the Kingdom of Hungary, with the Infant Jesus, also decorates their coins. This collection of selected silver coins of the Hungarian regents, reflects 80 years of European history, and includes coins of King Ferdinand I, his son Maximilian II and his grandson Rudolf II.