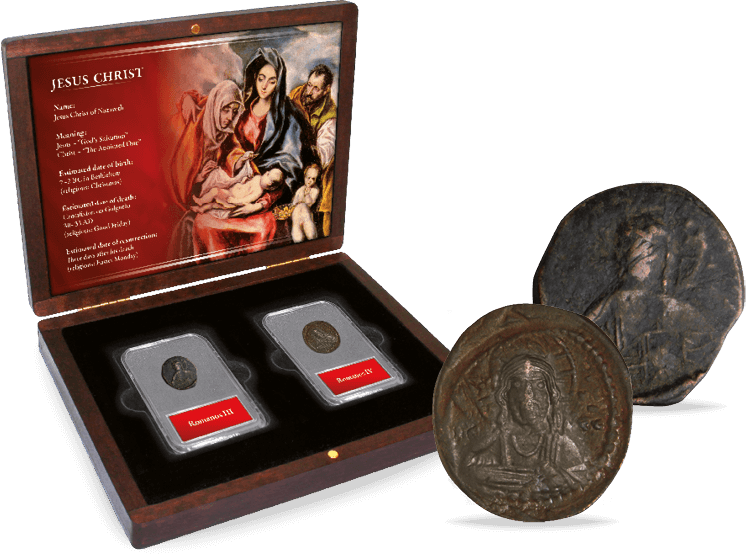 The early Roman kingdom of Byzantium issued numerous coins over the centuries, which today are amongst the treasures and favourite pieces of collections. Due to the crusades and migrations at the time, many different types of money were brought to Byzantium.

After a reform on materials in the 12th Century, and at the beginning of the “Latin Kingdom”, billon (a mixture of copper and silver) and pure copper were increasingly used.

An extra highlight is the depiction of Jesus Christ on the coins, which reflects the typical icon painting of the Byzantine age.

As icons exclusively portray Christian motifs, figures from the bible, especially that of Jesus Christ, were popular coin motifs at the time, and make these coins interesting offerings, especially for Christian holidays such as Easter or Christmas.