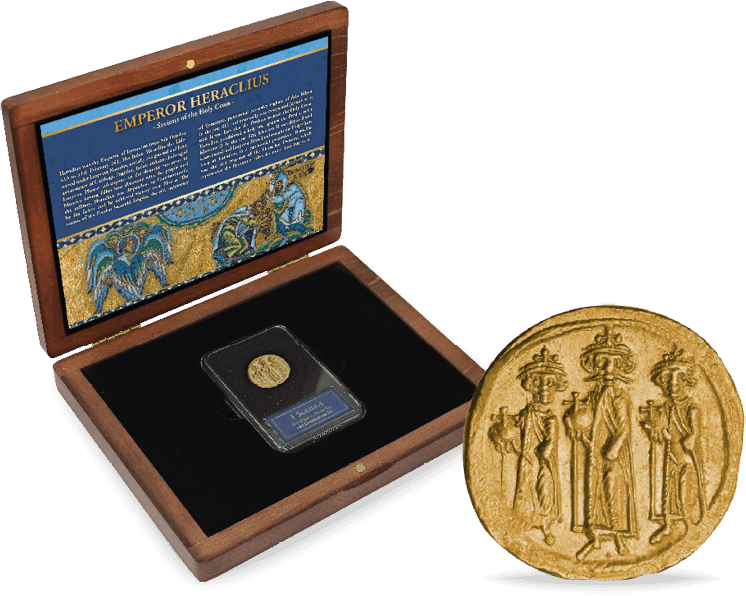 This 1400-year-old gold coin comes from the early Byzantine period (4th Century to mid-7th Century) and is an authentic and culturally and historically relevant artifact from the Late Antiquity. In those days, the Solidus was the leading currency in Europe, which was also accepted far beyond the country border. Therefore, it is also described as the “Euro of the Late Antiquity”. The Gold Solidus is also the first coin ever, to serve as a Christian symbol. The Byzantine Empire was one of the longest lived Empires in world history – from the division of the Roman Empire in 395 AD to the capture of Constantinople by the Ottomans in 1453 AD. When the Roman Empire was finally divided in 395 AD, the Byzantine Empire arose in the Eastern part. A mixture of Roman state system, Greek culture and Christian belief – that is how the well-known Byzantinist Georg Ostrogorsky characterized the Byzantine Empire.