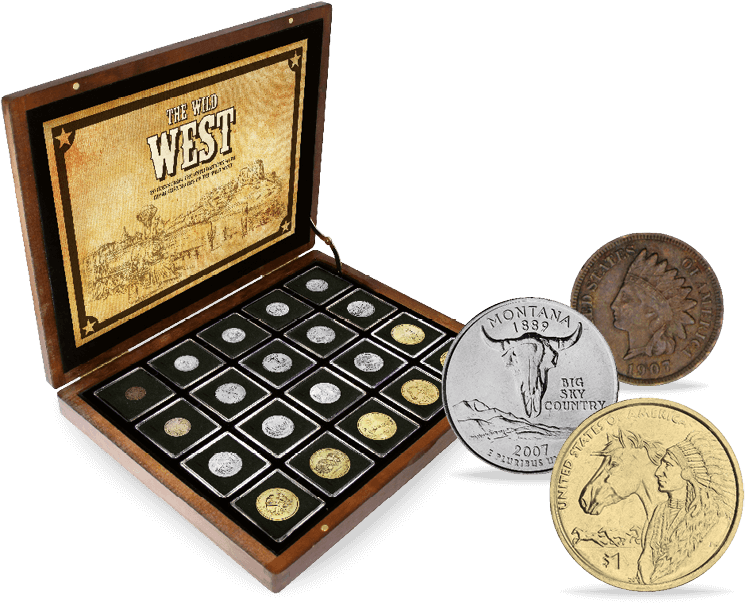 The Wild West reflected in coins

This collection of 20 coins put together by coin experts, invites you to travel through the cultural history of the Wild West. Each individual coin is a living document of an impressive time. The central part of this unique collection is the complete range of “Westward Nickels”, which show the conquest of the Wild West. The first 5 “Native American” Dollars are a further highlight. The first coin in this series was issued in 2009, and another one appears every year. On the front face of these special coins, it shows the chief’s daughter Sacagawea, with a baby on her back. On the reverse faces, the most important elements of the Native American culture are shown, for example on the “Peace Pipe” coin, you can see the pipe of peace. In the time of the Wild West, it acted as a ceremonial symbol for peace, and mutual respect, and was mostly smoked to make peace agreements, and to demonstrate friendship. This unique collection is rounded off by the original Sacagawea Dollar, which served as the template for the “Native American” Dollars series, 4 selected “State Quarters” and 4 “National Park Quarters” with expressive Wild West motifs, and 2 historical coins, a 1 Cent coin, which shows an Indian’s head, and a 5 Cent coin which shows a buffalo.