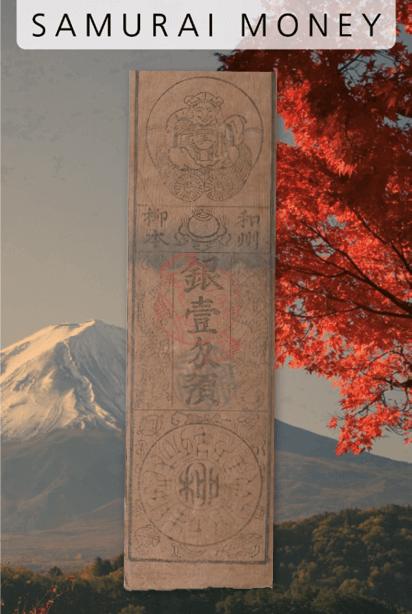 The Paper Money of the Samurai

Historical banknotes from the Land of the Rising Sun

Paper money was introduced around 1600, in the ancient Japan of the Samurai, in the province of Ise. These impressive notes were called Hansatsu (“Notes of Han”). A Han describes a Japanese prince’s fiefdom. These banknotes were meant to be a replacement for small change, as the reigning Tokugawa dynasty had the right to mint coins. Gradually, more and more local princes and clans gave out banknotes in the provinces assigned to them. If required, the Hansatsu could be exchanged for their value in silver, or food.